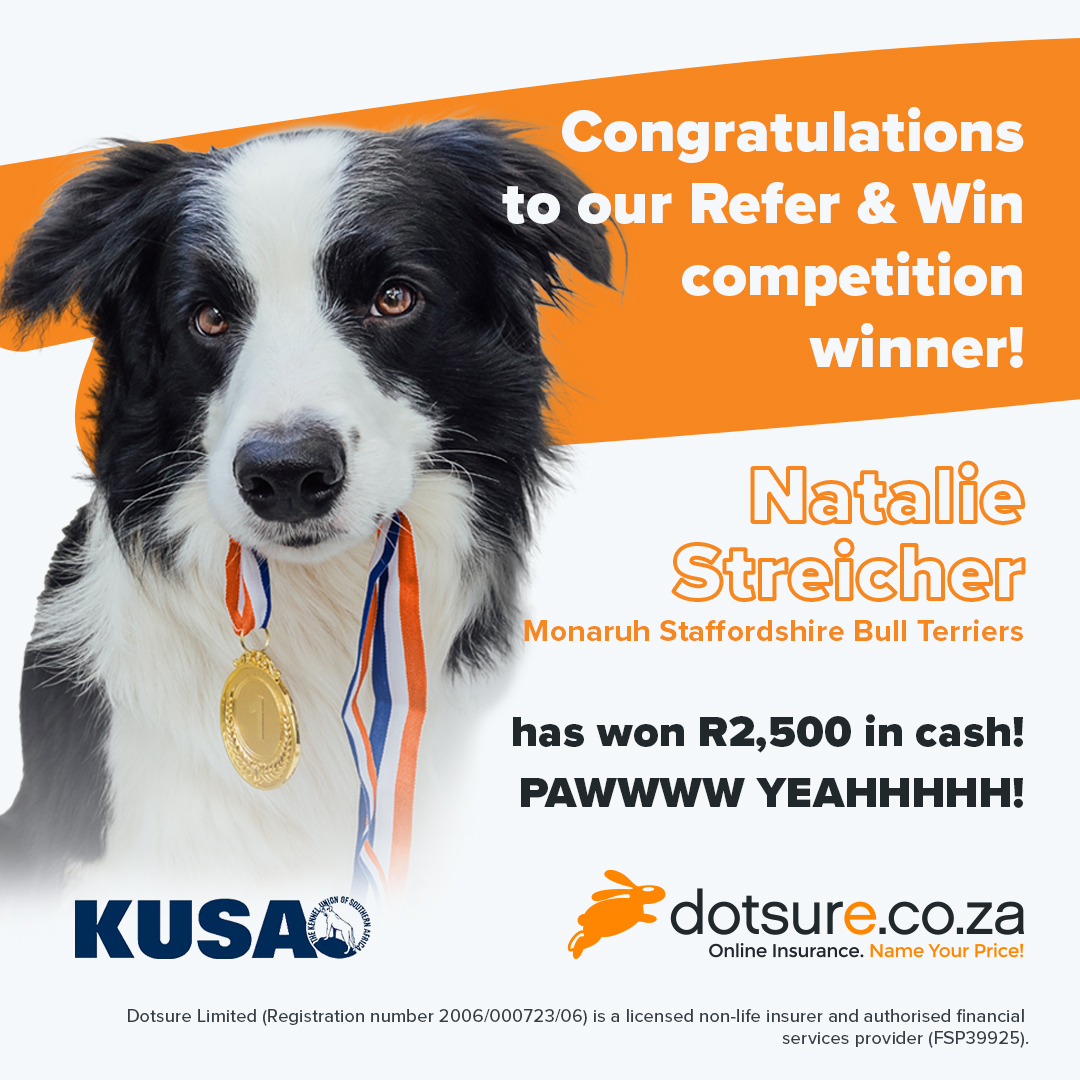 Certificates will be available for collection at Goldfields for all Gauteng based owners. The upcoming all-breeds shows are:

Alternatively, please contact Claire (This email address is being protected from spambots. You need JavaScript enabled to view it.) to arrange collection

A Breed Standard is the guideline which describes the ideal characteristics, temperament and appearance of a breed and ensures that the breed is fit for function with soundness essential.  Breeders and judges should at all times be mindful of features which could be detrimental in any way to the health, welfare or soundness of this breed.

CHARACTERISTICS
A carriage dog of good demeanour, capable of great endurance and a fair turn of speed.

TEMPERAMENT
Outgoing and friendly, not shy or hesitant, free from nervousness and aggression.

EARS
Set on rather high, moderate size, rather wide at base, gradually tapering to rounded point. Fine in texture, carried close to head. Marking well broken up, preferably spotted.

FOREQUARTERS
Shoulders well laid back muscular with length of shoulder and upper arm approximately equal. Elbows set close to body. Forelegs perfectly straight with strong round bone down to feet, with slight spring at pastern joint.

BODY
Length from point of shoulder to point of buttock slightly greater than height from withers to ground. Chest not too wide but deep and capacious with plenty of lung and heart room. Ribs well sprung and carried well back. Well defined withers, powerful level back. Loin strong, clean, muscular and slightly arched.

GAIT / MOVEMENT
Great freedom of movement. Smooth, powerful, rhythmic action with long stride. Viewed from fore and aft, the legs should appear straight with a degree of convergence towards the centre line at the trot. The feet should move along straight lines with the rear feet tracking the fore. A short stride and padding action incorrect.

COLOUR
Ground colour pure white. Black spotted, dense black spots, and liver spotted, liver brown spots; not running together but round and well defined. In size 2cm-3cm in diameter as well distributed as possible. Spots on extremities smaller than those on body. Tri-colours and spotting other than black or liver unacceptable. Bronzing on spots undesirable in adults. Some patching on ears or head not to be penalized.

FAULTS
Any departure from the foregoing points should be considered a fault and the seriousness with which the fault should be regarded should be in exact proportion to its degree and its effect on health & welfare of the dog and on the dog’s ability to perform its traditional work.